I’m asking the question in the title because I found tall boots (one of the things on my current thrift list) at Goodwill the other day that were flat, cognac-colored, had gold accents, had toes that were not too pointed and not too rounded, and were leather. (I’d be happy with high quality vegan options but usually anything not leather in the boot section is cheapo Target ware.)  In other words, they were perfect. 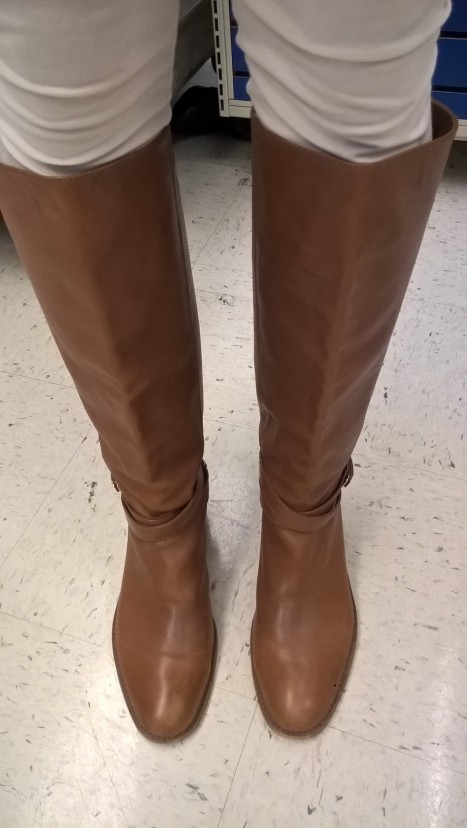 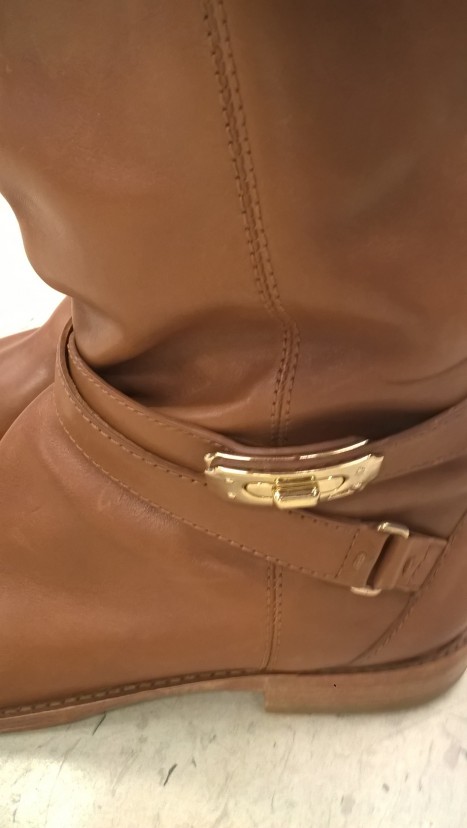 My image of riding boots includes a fitted shaft: 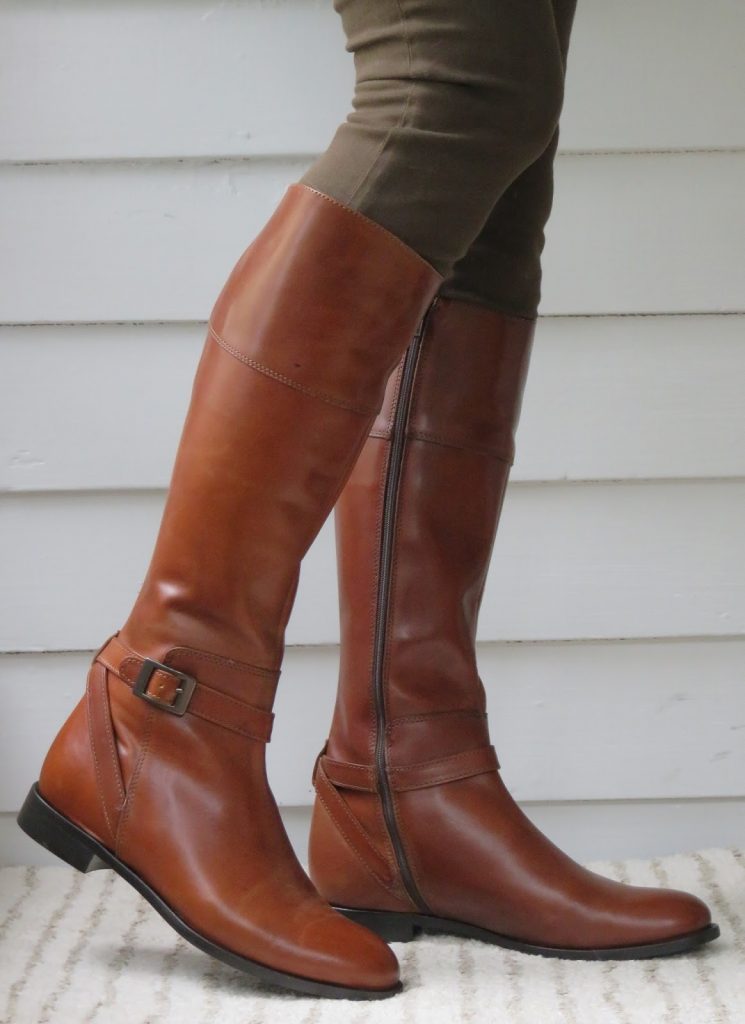 But the shaft of these boots was rather wide relatively to the circumference of my calf: 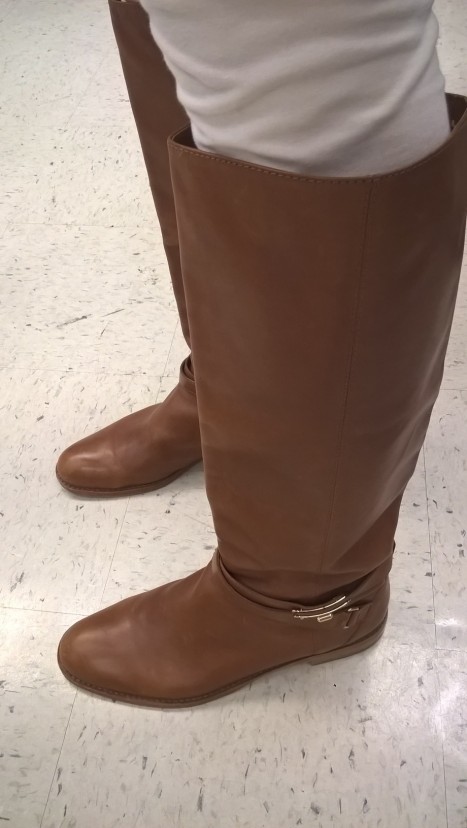 This pretty quickly turned into a mental battle over whether the “must buy” reaction I had outweighed the less-than-ideal width.  In my experience, saying “yes” to a less-than-ideal find, out of fear that another version won’t crop up, often leads to thrift regret – and wasted $$ when eventually a better find appears.  But with such a rare find, I was finding it hard to say no.

In the “must buy” column: these babies, made by Coach, retail for $200 but were priced at only $20.  They were also my size, if a little wide in the foot.  I *never* find quality cognac/brown, heel-less boots in my size at thrift stores.

In the “less-than-ideal” column, that wide shaft had me feeling like:

I admit I don’t pay that much attention to riding boots, having never intentionally shopped for a pair. Can you wear riding boots more loosely and have it look purposeful, avoiding a sloppy or dated feel? Not to be a slave to fashion trends, but there’s a difference between knowingly working a non-trend look and unintentionally invoking 1979 (above).

Surprisingly, the internet has a lot to say about how you can wear your boots, including ample visual evidence that the wide legged look is just as acceptable as the fitted look: 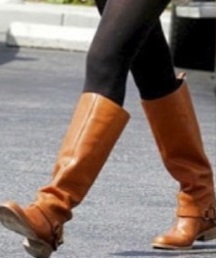 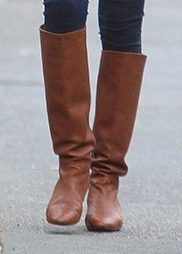 Convinced I wouldn’t look completely unhip and clueless, I bought ’em, and promptly wore them the next day: 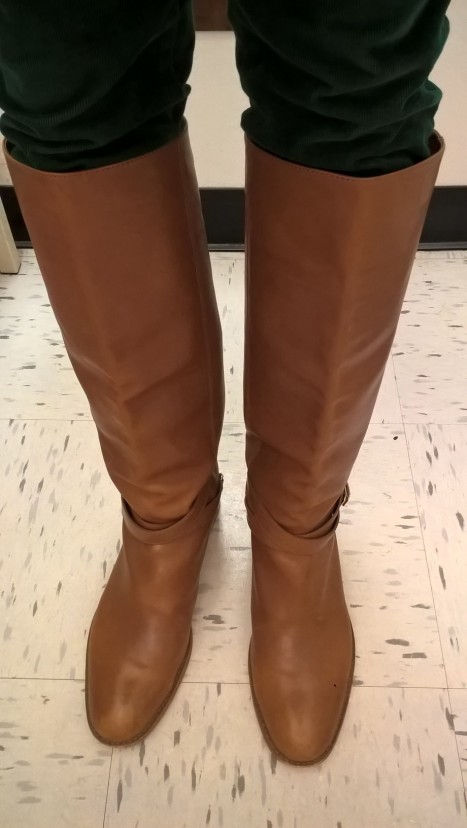 Scratch that one of the thrift list!  Bonus: my spouse thinks they look nice.

What do y’all think of the wider shaft?  Any styling tips from those of you who sport riding boots on the regular?  Scroll down to comment!

2 thoughts on “How Are Riding Boots Supposed to Fit?”