A small person I know was in need of new-to-her shoes and her parents are down with thrifting. (You should be too, if you have a small person in your life–often pre-loved baby items are barely used because the kiddo who previously owned them outgrew them without doing much damage.  And as Bea of Zero Waste Home says, “A washed secondhand undergarment is cleaner than a new one from a department store,” so don’t let germophobia stop you!)

On the list of preferred characteristics for said shoes: able to take a beating, and nothing crazily pink.  Because, have you looked at anything to do with little girls’ clothing options lately?  The PINKness is overwhelming. Just Google “baby girl clothes”–your eyes will burn with pink overload (or water with happiness if you love magenta).

This is funny, because easily half my baby clothes growing up were blue (with a good smattering of yellow, green, and orange alongside some pink), as were two dresses my mom passed on from her 1940s babyhood.  So it’s not as if pink is the sole appropriate hue for girls.  But for some reason, we’ve been determined lately to equate the two in a way that seems, I don’t know–limiting, at the very least?  Or, when combined with messages like the following gems, oppressive at the worst? 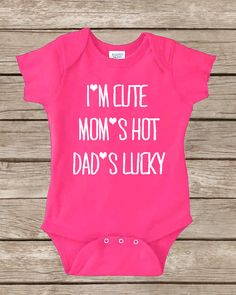 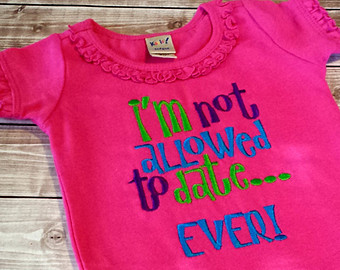 Let’s discuss objectification of infants AND moms AND the cave-manning of dads (left), or the policing of women’s bodies/relationships/agency (right).  It starts in the crib, people!

I did some looking during my last few trips and voilà! This is what I found: 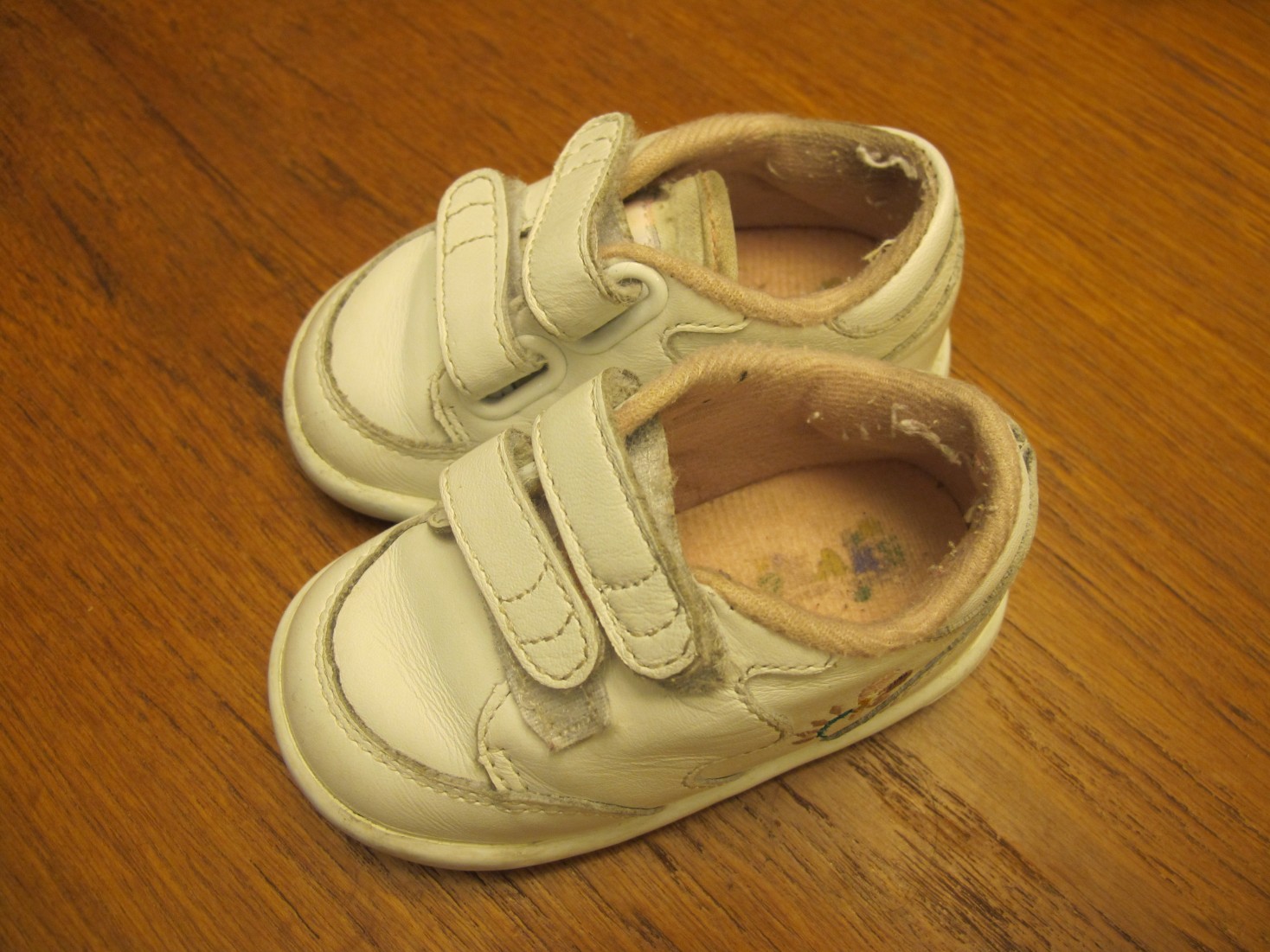 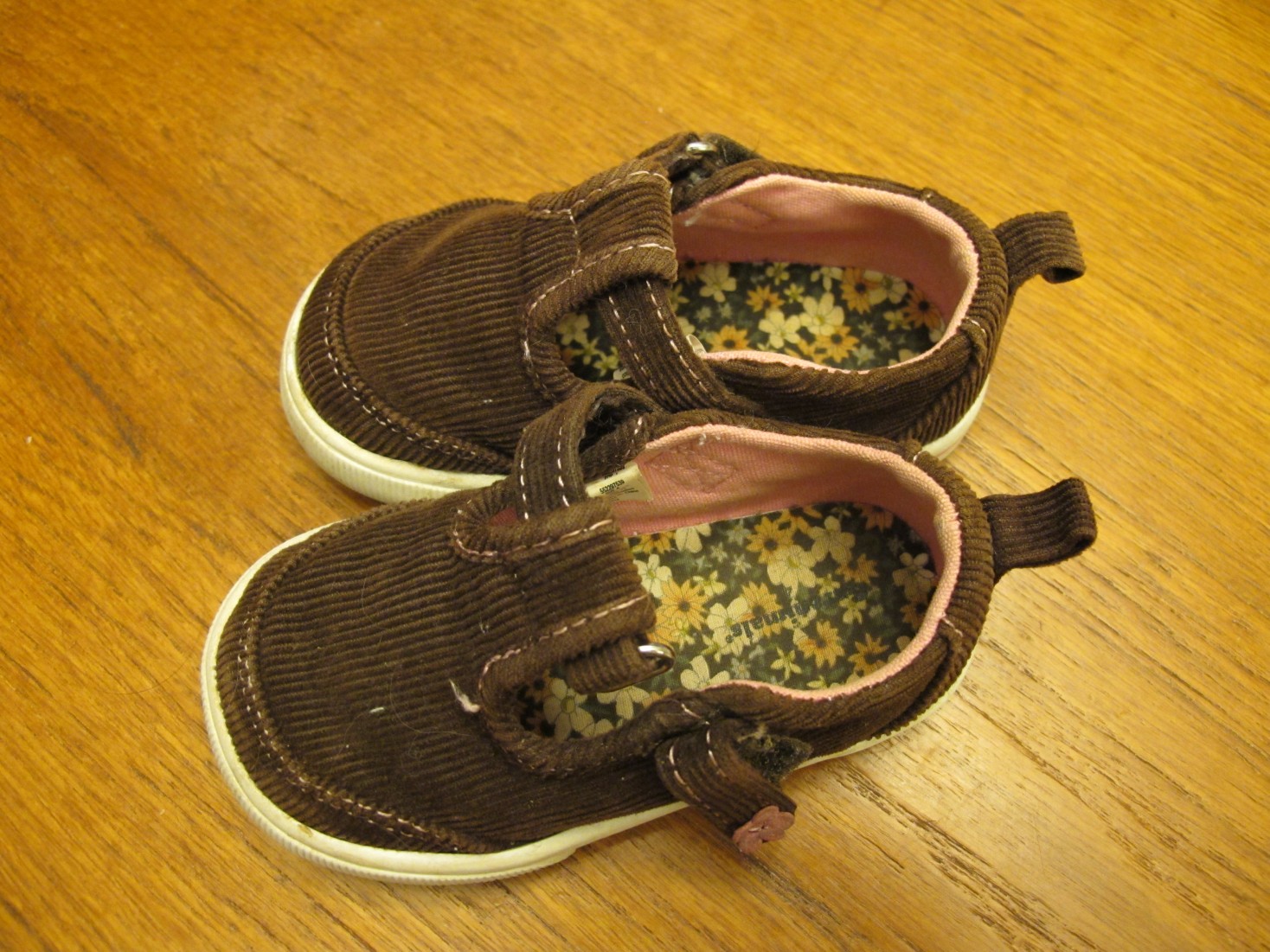 Corduroy Mary Janes–it doesn’t get much more “fall” than corduroy.

Both pairs are sturdy, and although both pairs have touches of pink and flowers (because, see above), I think on the whole they are rather inoffensive for folks trying to avoid drowning their babies in gender roles.  I hope the lucky recipient of these found kicks enjoys ’em!

What are your favorite baby items you’ve thrifted? Scroll down to comment!